Haunts: City Of Ghosts
Print Publication with Augmented Reality
Haunts was a project completed during my first term in graduate school in early 2013. The autobiographical project documents the places that made my adopted city a magical place during the early ’00s.
Haunts Microsite
The printed part of the project collects photographs of my most well-loved places in their (now gentrified or displaced) present tense. The booklet presents them out of context and obscured as fragmented digital collages, without text. Upon scanning each page, the Layar augmented reality app loads responsive web content describing each location as I knew it a decade before.
As a personal project, the topic itself needed little research. Instead, the practical challenges of working with new technology to tell these stories in a novel way took most of my focus. I secured a grant from Layar to provide the AR-interactivity, and made use of the UC Davis Geological Library for aerial photos to map the downtown grid.
Time and money is always a concern when doing self-initiated projects. My biggest disappointments were how quickly the the physical markers were vandalized, and, later, when my grant expired (rendering the booklet useless).
The project, while short-lived, was well-received and I continue to distribute the books to first-time visitors. The companion website now links the marker symbols to the once-hidden text content.

Those without  the book could access the content via QR codes engraved on vinyl tombstones I set in each physical location. One additional element used here was the creation of this cryptic marker system. Each design used the optical illusions of gestalt psychology to be simultaneously there-but-not-there. The symbols added an extra layer of mystery to passersby while establishing more scan-friendly triggers for the AR functions. 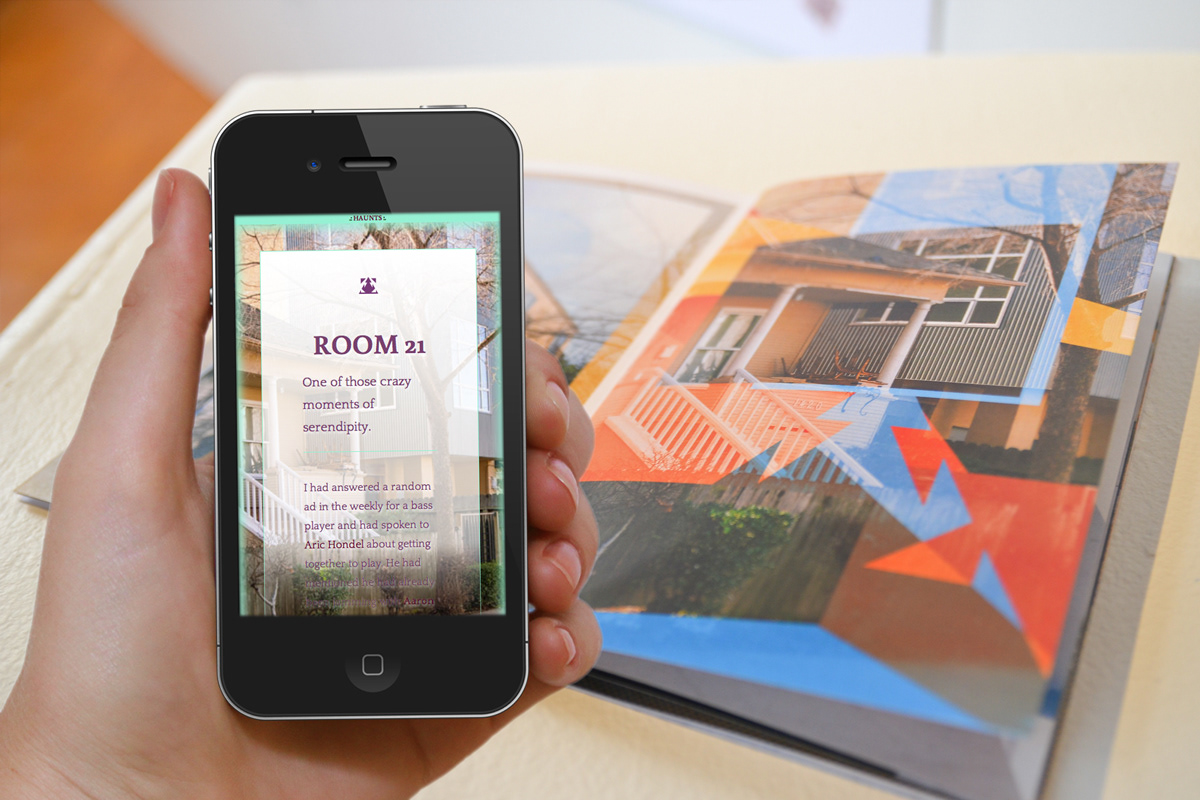 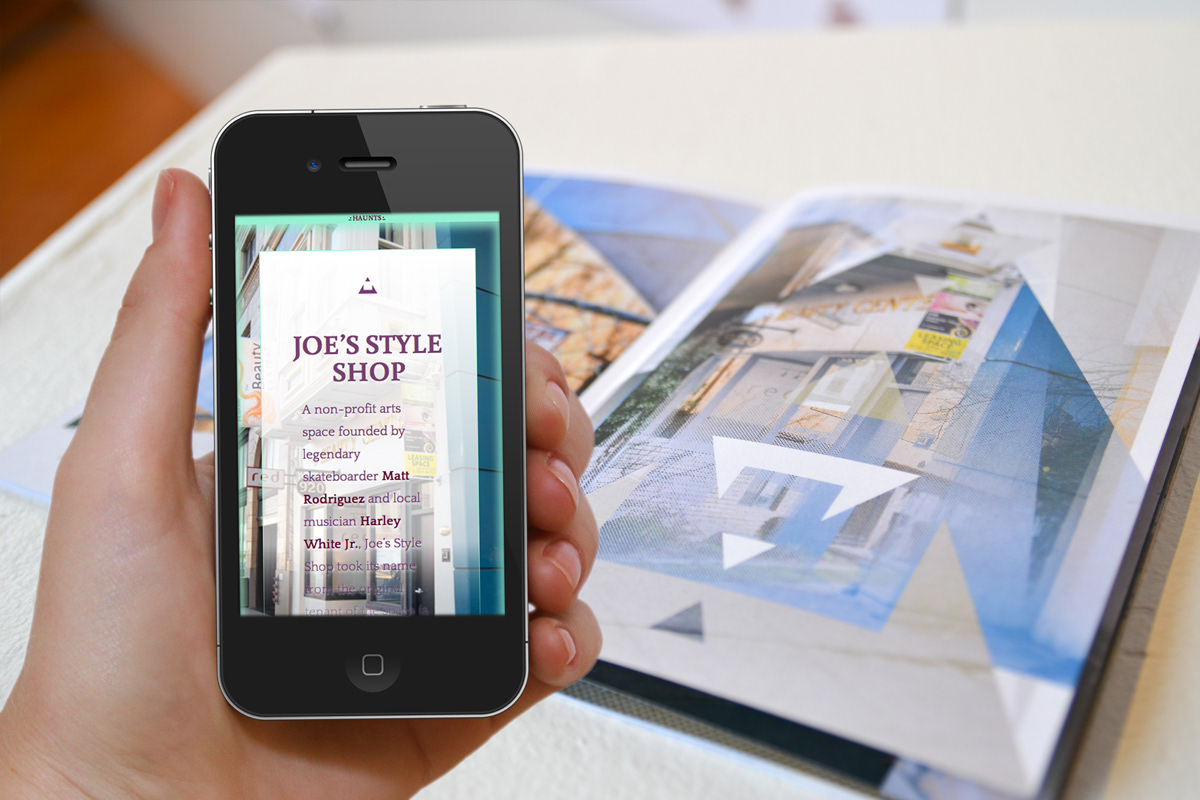